Skip to content
Bat versus mouse droppings are actually quite different in appearance.  If you know the difference between the two your chances at controlling either pest rises. Get it wrong and it will be a complete failure. The methods of control for these pests are very different. In order to begin a discussion about poop, you’ll need […]
Are there termites in CT? The short answer is yes, but which type?  There all different types of termites in the world, but the only one in Connecticut is the eastern subterranean termite.  The eastern subterranean termite is small, but what they lack in size they more than compensate for in numbers.  Is Connecticut infested? […]
Sawdust from carpenter ants in Connecticut is a common thing to see, especially in the spring and summer.  However, did you know that other pests create frass as well? Some of those pests are from our area while others are not.  Knowing what frass looks like is the key to identification of the pest you […]
Where to find termites in your home is an easy task for someone with experience.  However, doing your own termite inspection as a homeowner is like diagnosing yourself for a disease.  You may know a little bit because you read it on the internet, but real world experience is invaluable. If you live in CT […]
Bugs that look like ants are a common complaint that we get at our office.  The reason is that there are many insects that not only look like ants, but termites as well.  The most common mistaken identity comes with the following pests. Termites Termites are probably the most misidentified pest of all.  The reason […] 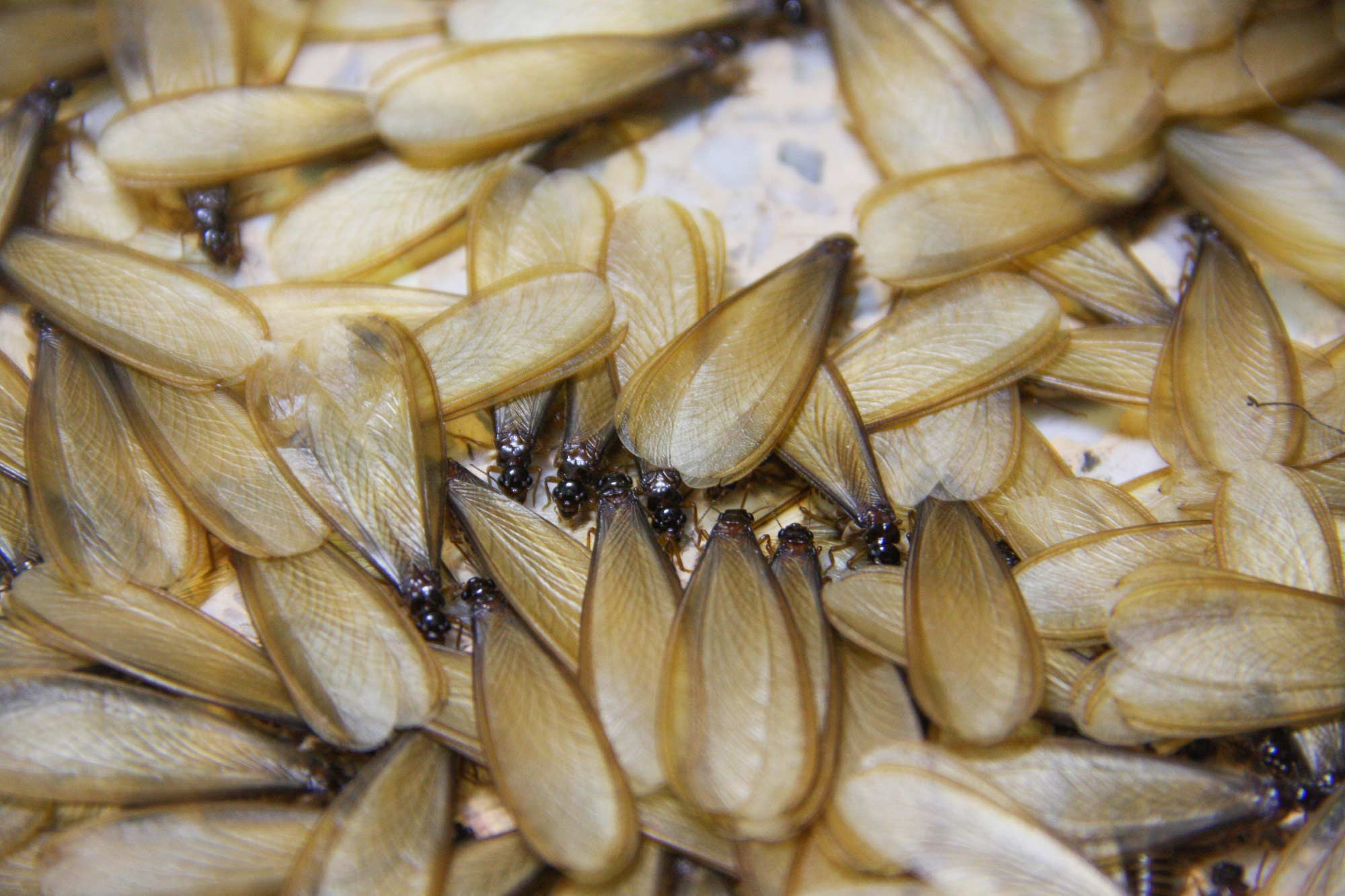 Signs of termites in your home can be upsetting, but are you sure what you’re looking at are really termites?  Over the past 25 years I’ve inspected 1000’s of homes for termites.  In that time many people who thought they had termites actually had an unrelated pest issue. In fact, many of the issues we […]
Termite damage and homeowners insurance are two terms that don’t go together very well.  The reason is that most insurance companies wont’ cover initial termite damage to a home.  I know that may seem unfair, but it’s a fairly common practice among most all insurance companies.  Read on to find out why. Every year termites […]
Termites in your home is never a good thing.  However, sometimes a termite problem is actually worse than it first appears.  The reason is that occasionally the area that the termites are coming from may be inaccessible.  If you have termites in your home and the area where the termites are coming from is not […]
Last week we provided a termite treatment for a home in Southington, CT.  The home had termite damage located in the main beam and live termites in a first floor wall.   The words termite damage tend to get the attention of homeowners very quickly.  The reason is that most smart homeowners are aware that […]
Today we did a termite treatment in Beacon Falls, CT.  The customer was an engineer and wanted to know some of the more technical things about termite control.  By his own admission he just didn’t want to know that the bugs we gone.  He wanted to know how and why they were gone.  Fair enough, […]